According to a study recently released by the Center for Retirement Research at Boston College, fewer Baby Boomers are claiming Social Security benefits at the first possible moment—age 62—than prior generations. While more than half of men and almost 60% of women who turned 62 in 1985 claimed their Social Security retirement benefits immediately, just over a quarter of both men and women did so in 2019, with most of the decline occurring after the year 2000.

This is almost certainly good news because the later a retiree begins taking benefits, the larger their monthly check. For every year you delay receiving benefits after full retirement age of 66 (more on this below), your benefit is 8% higher. So a retiree delaying benefits until age 70, will receive 32% more every month for the rest of their life.

Unfortunately, another report by the Schwartz Center for Economic Policy Analysis at The New School finds that this trend may well have been reversed during the pandemic with 1.7 million additional early retirements according to its calculations. 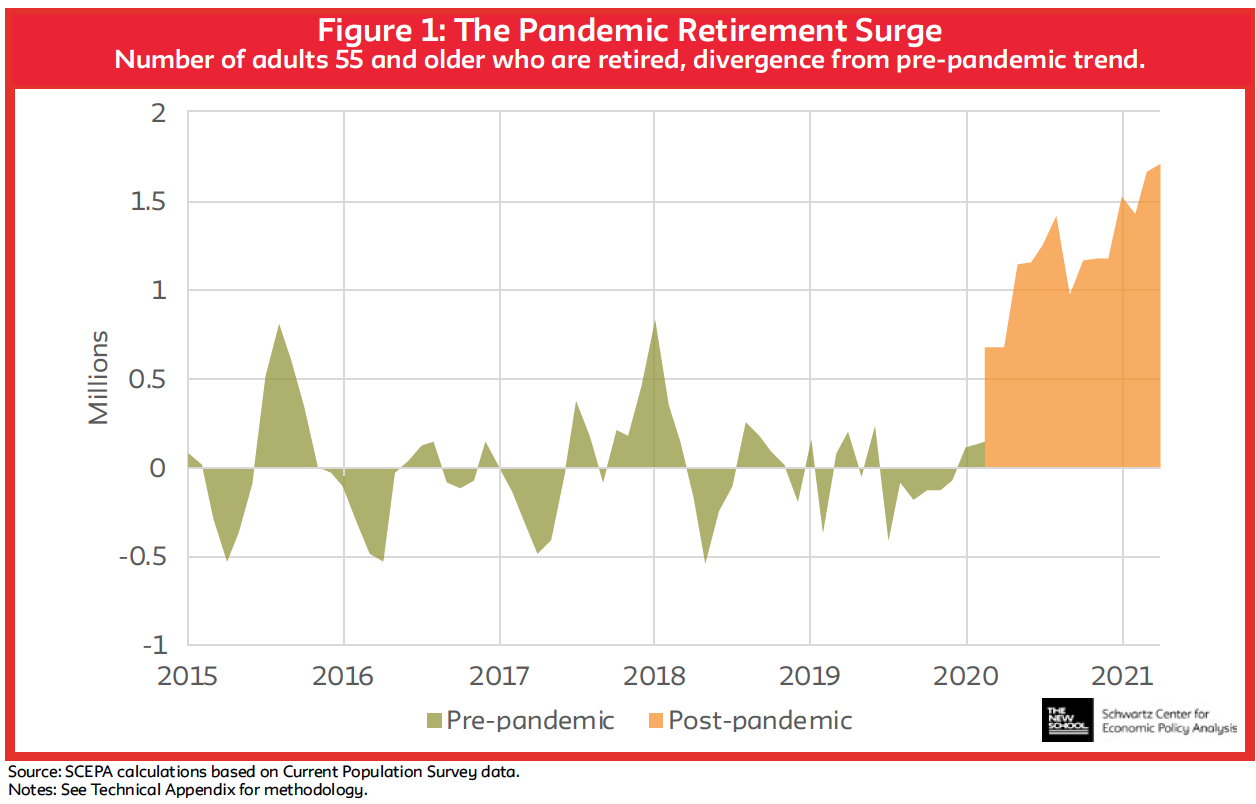 The Cost of Early Retirement

This offers what many planners call "longevity protection" because it keeps paying no matter how long you live. And seniors whose expenses exceed their income are more likely to run through their savings the the older they get. Life expectancy has grown significantly since 1985, from less than 15 years at age 65 for men back then to more than 18 years today. And women at age 65 today have a life expectancy of almost 21 years. This means that they have a strong "risk" of living to age 86 or beyond, all the more reason they need to maximize their Social Security benefit.

Another study by the Center for Retirement Research shows that people who do not have enough retirement savings and who continue to work after age 62, even in jobs that may not be as high-pay as what they worked at when they were younger, "see a clear improvement in their retirement readiness by ages 67-68."

Why Maximizing Men's Benefits May be Most Important

While on average women live about three years longer than men, in many cases it's more important that men maximize their Social Security benefits in order to provide security for their spouses. After one spouse dies, the surviving spouse receives the higher of both spouses' benefits. Since in many heterosexual couples the men continue to be the higher earners and to contribute to Social Security for more years, their benefits are likely to be higher. As a result, the couple will receive more of a benefit, no matter which spouse lives longer, by maximizing the higher earner's Social Security by postponing receipt for as long as possible.

If the higher earning husband dies at age 75 and his surviving wife lives to age 90, she'll receive her husband's Social Security for 15 years and her own benefit will disappear. So, she would have been better off taking early retirement since she'll never make up the years she did not receive any Social Security benefits if she waited until age 70 to begin receiving them.

Adding a Bit More Complexity to the Calculation

As the previous discussion suggests, while most people will be better off delaying the receipt of Social Security benefits for as long as possible, there are other considerations. The biggest one might be health. Life expectancy tables only tell us averages. Based on your health or family history, you or your spouse may have a lower than average life expectancy, which would argue for taking benefits at an earlier age.

Further, the calculation provided above assumes that the early retirement benefits are spent as they are received. If, instead, they were invested between ages 62 and 80, it may take significantly more than 10+ years to make up the eight years of foregone benefits between ages 62 and 70.

Finally, if the prospective retiree has a disabled child, the benefit the child would receive by being able to receive Social Security Disability Income (SSDI) benefits upon the parent's retirement may well exceed any future increased Social Security the parent or their spouse might receive by delaying retirement.

While the Center for Retirement Research data is good news in that more retirees are maximizing their Social Security benefits, still only 9% of women and 6% of men postpone receiving Social Security benefits all the way to age 70. They, of course, are likely to be the more affluent or more healthy beneficiaries who don't need the income before age 70 and are also less likely to need the enhanced benefits in their later years. That said, with some of the more complex calculations discussed above, most Baby Boomers should try to follow their example and delay taking their Social Security benefits for as long as possible since it means an 8% raise for every year they delay. And every year they keep working means one less year of dipping into savings to meet their needs.

Social Security Decisions Can Have a Major Impact on Your Benefits

Why We Should Keep Baby Boomers on the Job